Simon McKeown shared his passion for Invalid Carriages and their history in an exhibition called 'Passengers Forbidden' at Thought Foundation, Birtley during May and June 2019.

As part of his Heritage Fund research project to uncover the hidden history of the Invalid Carriage, Simon McKeown and a group of volunteers installed a 1970’s Invalid Carriage accompanied by a contextualising exhibition and films at Thought Foundation in Birtley, Gateshead as part of an event called 'Let's Discuss Disability'.

Simon decided to place an AC Model 70 from his collection at the centre of his exhibition. It arrived in the back of a van and was carefully unloaded by a ramp. It then had to be driven across the car park to Thought Foundation's building and carefully wheeled through the main doors into the exhibition space. The iconic little blue car immediately grabbed the attention of children and adults alike who stopped to view the vehicle. (The exhibition had not even opened yet!)

The exhibition was important as many of these Invalid Carriages and their antecedents have been lost or destroyed. At the exhibition preview, people described the car as weird, quirky or even cute. Many had not seen one before. Juxtaposed with the images which showcased how people used these vehicles in the past, the exhibition presented an emotional journey for many people as it revealed human stories. Simon's grandfather appeared in some of the photographs. The exhibition was reviewed by Disability Arts Online.

'Passengers Forbidden' ran from 2 May 2019 to 14 June 2019 and included live vehicle demonstrations. 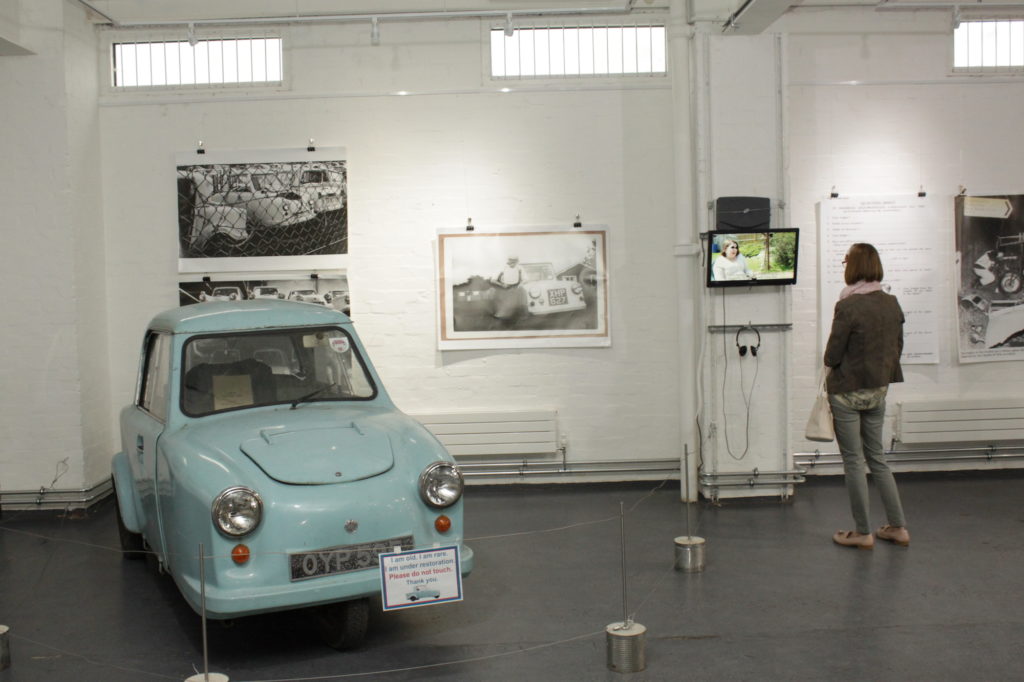